Search Inside This Blog


In paper trail (originated from the idea of leaving bits of papers behind for others to follow), the start point is the same as end point e.g. G. Nuang via Pangsun -- you trek to and fro between the base in Pangsun and Nuang summit on the same trail (twice).


In loop (or circular), you do not trek on the same trail but still end at the starting point e.g. Puchong Hill enter Gate A, then exit Gate B and rejoins the common trail. Tabur West has the loop characteristic but not many are aware of it. Hiking G. Cantik and then heading back to MNS-BOH chalets via BOH Tea Centre back lane will encompass the use of both paper trail and loop formats.


The third format is perhaps the least understood route formats, and very often is incorrectly labeled in many outdoor events and postings. In trans (short for transverse), you traverse by enter at one point and exit at another point. Like loop format, you do not trek on the trail twice e.g. Trans Treacher's Hill (photo album at http://www.facebook.com/media/set/?set=a.10152486038623529.1073741930.645243528&type=3&l=e719785cd9). Trans has a major consideration -- transport logistics. You need to arrange driving so that you can get everyone back from end point back to starting point; alternatively have the belongings brought over to the ending point. A few famous trans treks include Tahan (Merapoh-Kuala Tahan), Irau-Yellow-Pass, V1 and even Apek-Saga trail in Cheras. Even Mount Kinabalu's Mesilau-Timpohon is technically a trans. 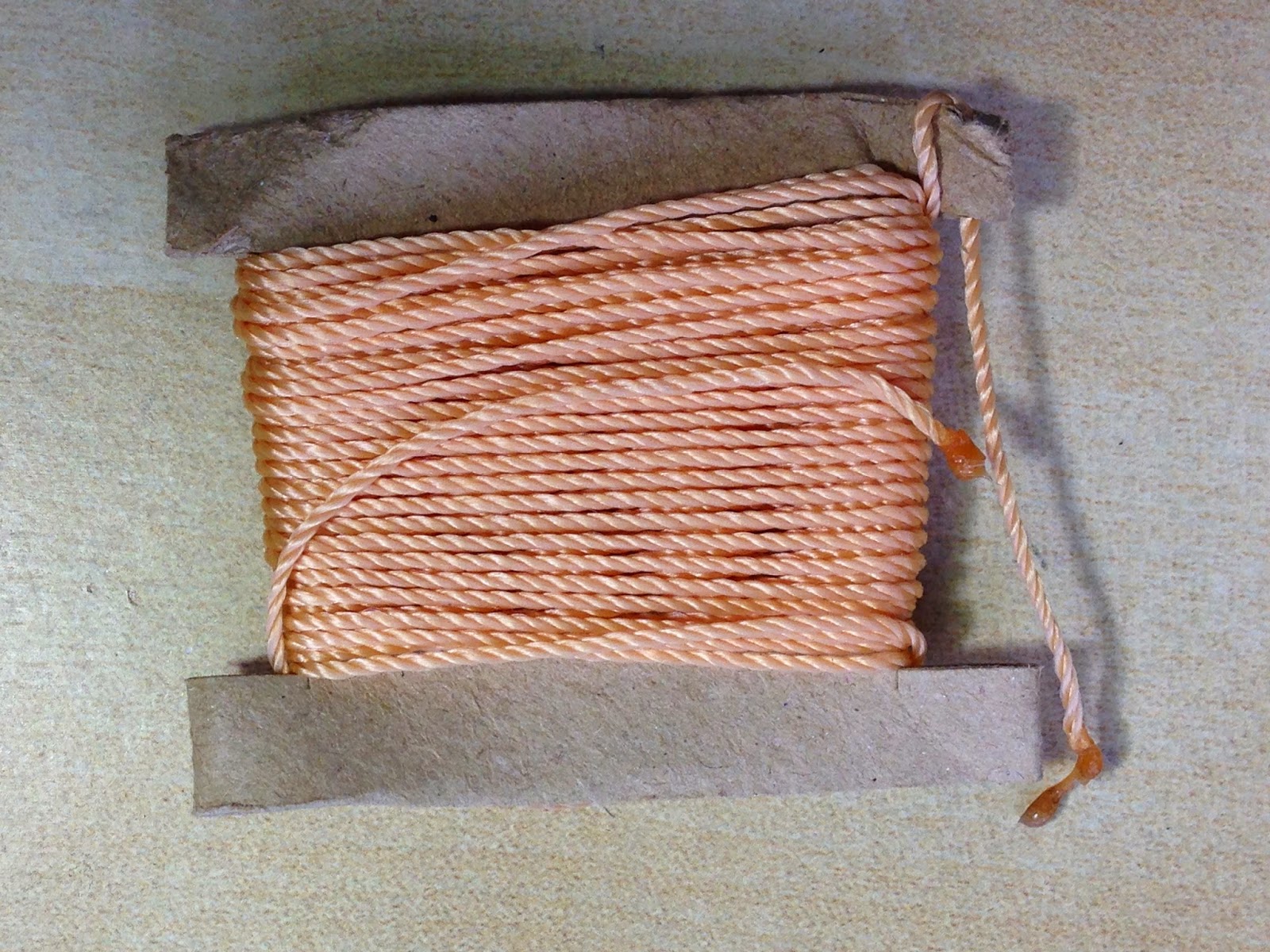 Many of us who do overnight camping trips will sure bring along ropes, strings and cords to set up ridgeline for flysheet and hammocks, pitching tents and tie guylines to the ground.
Usually, on the last day of the camping event, nylon strings and smaller-diameter nylon ropes that are still attached to tent or flysheet grommets are left untidied, in a rush to vacate the campsite. They may be left as they are (i.e. messy/tangled) or tidied back home using the standard rope care for coiling unattached rope (see pic 1 below).


It was a success solo search for this little-known small hill of about 180 metres in altitude. Initially with an on-and-off trail then complete absence of trail. An official map which I do not have but seen it states 577 feet.

The nearby flat peak connects to a trail used by the HHH. Strangely, the trig station was not touched for years. Either the HHH folks know about this inconspicuous location and couldn't be bothered with it or they might not know it at all. I couldn't locate pics of this place on Google.

On 19th February 1989, a Flying Tiger B747 cargo aircraft crashed on the slopes of this peak. The bodies were successfully retrieved from the crash site. Today, according to the news (dated 2012), the remnants are no longer there as they were all picked up, especially by the nearby residents.
Read more »

14 of us attended the clean-up job ala garbage collection. The (secret) event on 20th April was created (exactly) one month before, following a number of hikers who have volunteered to assist with the rubbish management exercise. All those who had expressly indicated their willingness to volunteer were the first batch brought into the invite.

The T-FE peak was littered with rubbish of all sorts – scattered everywhere, at the peak and slopes from the peak; needless to say, it was pure eyesore. My not-up-to-par videography of the rubbish (https://www.facebook.com/groups/MOTHSgroup/permalink/10151954524131681/) at the site during my recce with Ho Chiu Wah on 9th March reveals the mentality of those hikers and trekkers with lack of regards for nature’s beauty. The T-FE/T-X (Tabur ‘Extreme’) junction on the ridge also suffered the same.

The clean-up was not only just the collection. We developed ‘notices’ to be placed at the strategic locations where hikers can see them, and abide by them, we hope. The intention was rather one of education, not activity alone. It is to spread the message of “leave no trace”, where we hope the same message spreads all over. 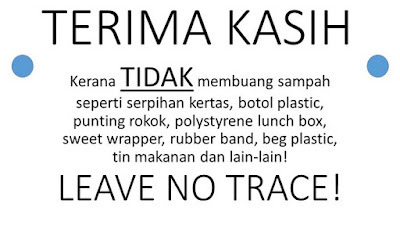 A specific use of PVC bag for hikers and campers

The PVC bag like the one shown above has various uses. The intended purpose for the bags in this pic is for garbage collection by hikers. A strong point in using the PVC bag is its holding strength. Very few comes close to beating it. They can take on a heavy loads e.g. 25 kg, and higher. This is especially useful for the hiking community when garbage are collected; accidental dragging can happen when hiking over long distances and this is where it shows it power -- no tearing! This is totally unlike standard garbage bags from grocery stores; one has to wrap a second layer over it.


The additional weight compared to standard, or thicker garbage bag is really negligible. However, as for the price, it is more costly. Given the capacity, it would be a waste if the bag is not filled.


Another use for it, which is what I want to mention here, is for specific hiking purpose i.e. as a sitting mat or ground sheet. View the photos below for explanation.
Read more »